Computer Breakdowns in Your Small Business: How to Identify the Damage 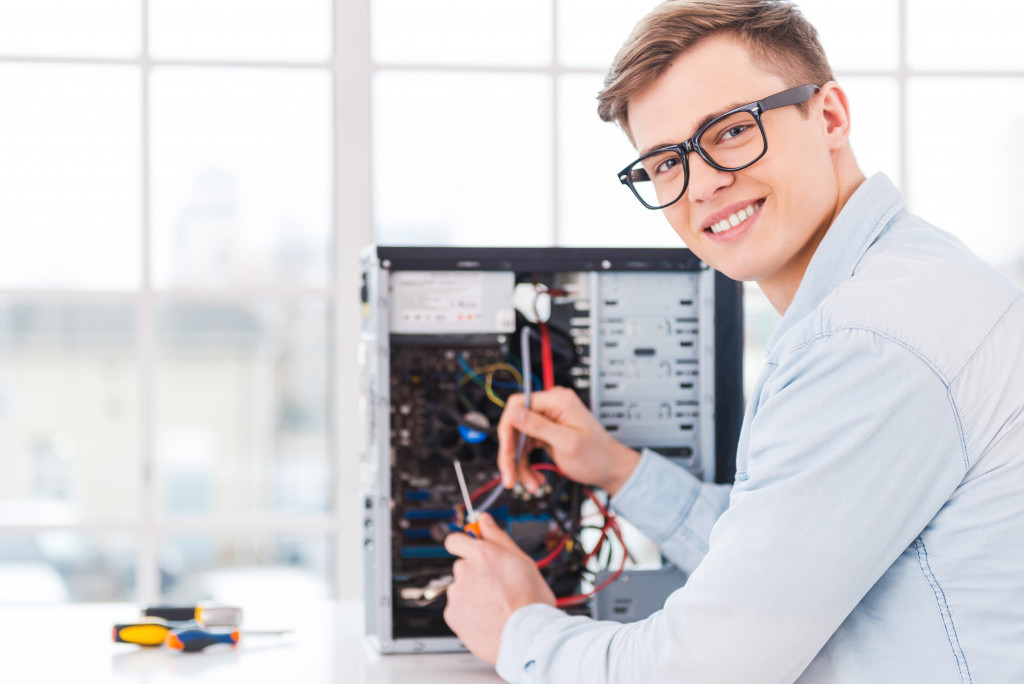 Businesses have been mainly dependent on computers for decades. Yet, despite all the technological advances we’ve witnessed through the years, computers still fail every now and then. If that happens in your office, a whole day will be wasted unless it is fixed immediately.

Without computers, productivity takes a hit. In turn, zero productivity can cost you thousands of dollars. In this article, we’ll figure out what makes computers fail and the component that you must protect the most: the motherboard.

What Is a Motherboard?

A computer becomes functional because of one main component, the motherboard. It is the backbone of a computer, and the computer remains in good working order as long as the motherboard is intact. Issues will be repairable at a reasonable cost. But if the motherboard fails, repairing or replacing it will be costly.

Fortunately, a motherboard doesn’t easily fail, and you can do several things to prolong its life. However, if you’re not careful around your computer, the small, unnoticeable issues it will suffer will gradually build up until the system completely fails. The motherboard can suffer the brunt of the damage, cutting off your business’s important resource. 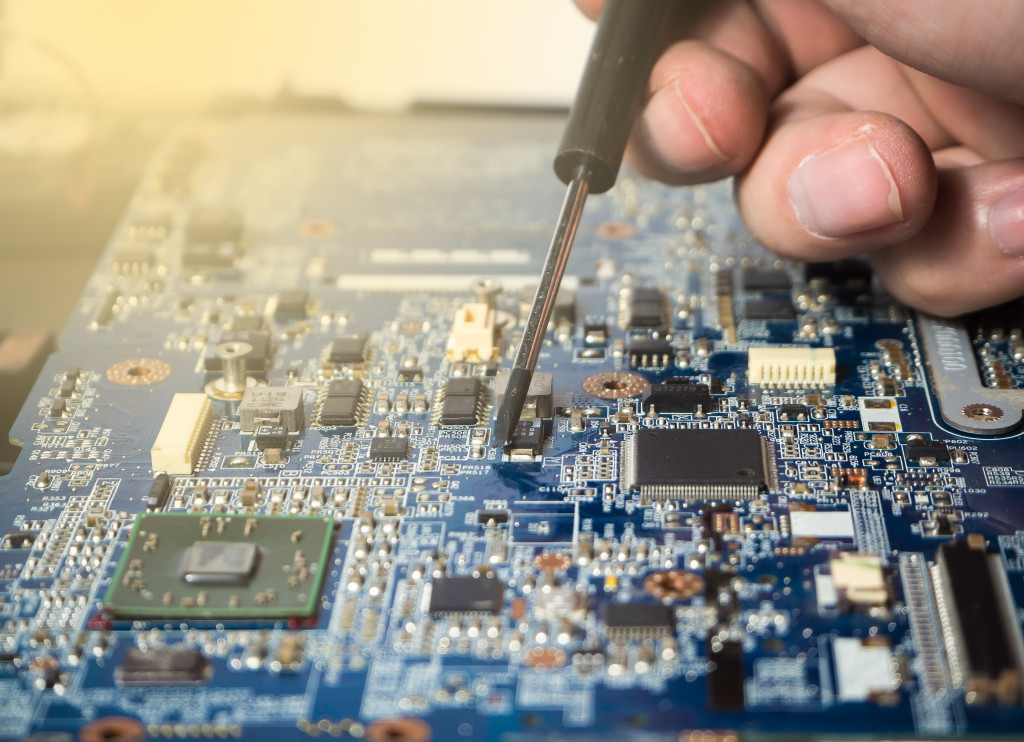 Lightning strikes are the number one cause of electrical surges or spikes. It will cause a sudden, short-lived burst of energy in the circuits, skipping the surge protector and going straight to the coax cable, Ethernet port, or even phone lines.

The sudden change of voltage due to electrical spikes or surges can damage the delicate circuits in a motherboard. But voltage changes may also occur because of the seemingly harmless things you do, such as connecting the computers to a fluctuating electrical output. The damage will not be obvious right away but will build up over time until the motherboard fails.

Home-based companies can put their PCs at risk of dust and pet hair exposure. Debris, such as small pieces of trash, is also a motherboard killer. The damage will start at the fans. When dust, pet hair, and debris build up there, clogs will follow, resulting in overheating. That’s because the processors will be forced to work twice as hard.

Any foreign body in a computer acts like fat inside the bloodstream. It could clog the arteries can cause a heart attack. Similarly, dust, pet hair, and debris inside a computer can block the air circulation inside the computer, causing system failure.

Cigarette smoke doesn’t just disappear in the air. When combined with dust, it forms a sticky, gooey substance that sticks inside the computer. Aerosols and perfumes have the same effect. Basically, any particle in the air can end up inside the computer when the device is turned on. That’s because most computers cool themselves down by sucking in the air around them. Over time, the sticky substances will accumulate, causing the motherboard to fail.

A computer may overheat if multiple operations are executed simultaneously and the power supply is running at max. Fluctuations in the power supply are a possible cause as well. If you’re a home-based company, using your laptop on your lap on any other soft surface can cover up the intake and the exhaust fans, resulting in overheating.

Impact on a computer is rarely good news. The motherboard can fail immediately if a computer falls. Likewise, any liquid spilling on the computer can cause instant damage. Thicker liquids, such as milk, are worse.

Motherboards are mass-produced, so design defects aren’t unlikely. If this is the case for your company’s computers, the warranty should take care of it.

If you work on computers (e.g., selling parts), it’s crucial to select your motherboard manufacturer carefully. Motherboards are made of a printed circuit board (PCB), a thin board made of an insulating material with a metal-coated surface. If you produce your own brand of computer parts, carefully assess the PCB prototype assembly service that you’re going to avail for your own prototypes. A faulty PCB can damage the motherboard, potentially making you sell defective computers.

Before diagnosing a motherboard failure, check if the following applies to the issue:

Call a repair professional as soon as you notice these signs. It can be tricky and time consuming to troubleshoot the issue yourself, so entrust the task to a technician. If your warranty is still effective, you may get a replacement without a fee, as long as the damage is due to the manufacturer’s shortcoming. Moving forward, treat your computer with care. Create policies regarding computer care and maintenance if it will help.

9 Amazing Gadgets That Are Helping People With Hearing

What You Need to Be a Successful Web Designer

Strategies You Can Use to Optimize Your E-commerce Store

The Benefits of Technology for Entrepreneurs

Industries that Have Survived the Pandemic